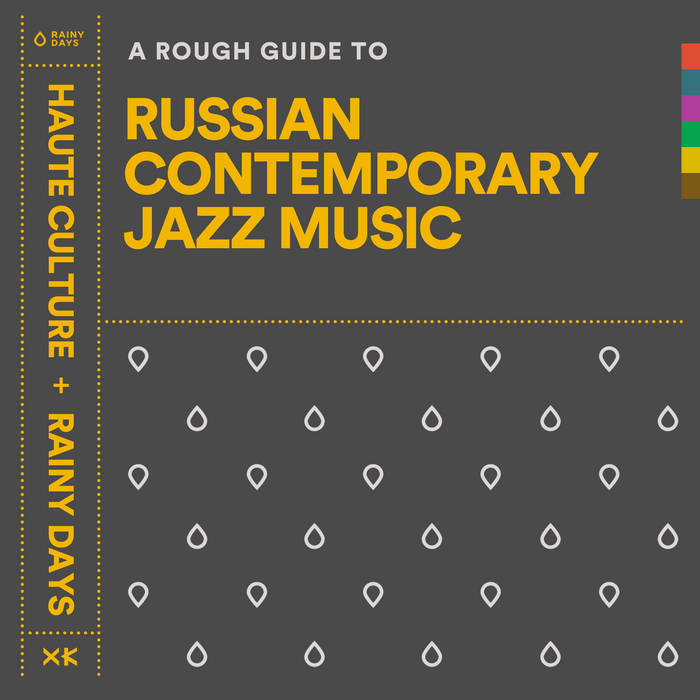 When the age of coronavirus commenced last March, Eugene Petrushanskiy, the Director of the Rainy Days Records jazz music label in St. Petersburg, Russia, turned to YouTube to showcase the live performances of his artists in collaboration with Hot Culture. As businesses, and consequently, venues for live performances shut down temporarily, Petrushanskiy sought the help of video producer Alexander Malich, whose YouTube channel Hot Culture would become an online-destination for concert-goers when live attendance became impossible.

The respected jazz label will continue their collaboration with Hot Culture with the launch of a new web series, which will feature performances from a bevy of Russia’s top jazz talent, including Sasha Mashin, Azat Bayazitov, Evgeny Sivtsov, Andrew Krasilnikov, Makar Novikov, and Evgeny Ponomarev. These live performances will be recorded, and subsequently released as a digital album at the end of the season.

So far this year, Hot Culture has planned an episode release every Monday and Friday for the month of February and each episode will showcase two songs from the aforementioned artists. Though Hot Culture is based in St. Petersburg, the channel plans to represent a broader spectrum of artists in this upcoming season, from St. Petersburg and beyond. The upcoming February episode schedule is as follows:

Monday, February 8, Episode 1: The Andrew Krasilnikov Quartet will perform “Babochka” and “Meduza” with Krasilnikov on soprano sax, Aleksey Bekker on rhodes, Nikolay Zatolochniy on bass, and Mikhail Fotchenkov on drums.

Friday, February 12 Episode 2: The Makar Novikov Trio will perform “Jazzmashin” and “Yellow Blues” with Novikov on bass, Mikhail Maryshev on rhodes, and Sasha Mashin on drums.

Friday, February 19, Episode 4: The Sasha Mashin Trio will perform “Greensleeves” and “Our Song” with Mashin on drums, Makar Novikov on bass, and Makar Kashitsyn on alto sax.

Monday, February 22, Episode 5: The Evgeny Ponomarev Quartet will perform “Pros & Cons” and “What’s Next?” with Ponomarev on piano, Grigoriy Voskoboinik on bass, Andrey Polovko on tenor and soprano sax, and Peter Mikheev on drums.

Friday, February 26, Episode 6: The Evgeny Sivtsov Trio will perform “Post-wild” with Sivtsov on piano, Nikolay Zatolochniy on bass, and Sasha Mashin on drums.

The Hot Culture Jazz series digital album will be available on February 26, 2021, the same day as the final series episode. Each single performed per scheduled episode will be available via Bandcamp and Apple Music on the episode air dates above. The original Rainy Days YouTube channel with featured Hot Culture episodes is filmed in Russian and includes English subtitles; watch here. www.youtube.com/playlist?list=PLyt08ywKVddikaYMpFbKvAHDZGCSBC3um

“The outcome for us is pretty amazing. It feels like we’ve infused a lot of energy, a lot of time and a lot of forces from different sides,” Petrushanskiy says when reflecting on the progress of the project. “The team was not big. It was quite fun, everyone was happy and enthusiastic to work together.”

Rainy Days Records is a Saint Petersburg-based record label that is changing the global perception of modern Russian music in the global music landscape. Founded in 2018, the label has released myriad albums that demonstrate the stellar musicianship and vibrancy of today’s Russian jazz scene. Acting as a platform for Russian and international musicians, Rainy Days facilitates the creation and presentation of innovative new works and fosters unique collaborations of the finest musicians that Russia has to offer.