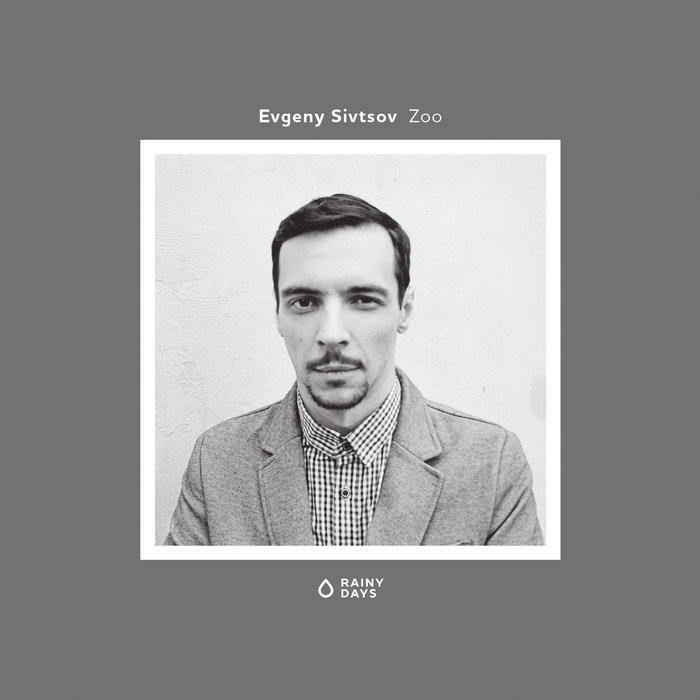 "This trio work from pianist Sivtsov, bassist Dan Chmielinski, and drummer Shawn Baltazor is the kind of straight-ahead gem that reminds us of the roots of jazz in a year when the typical blossom is strange and new."

"Zoo is comprised of six original compositions that demonstrate his stunning facility on keys and immersion in the tradition and jazz language."

"On Zoo, composer and pianist Evgeny Sivtsov reimagines and contrasts jazz styles in a clever and skillful manner. Sivtsov sounds like a cross between Thelonious Monk, Bud Powell, or even Lennie Tristano—not just in his technique, but in his attack as well. This makes for piano playing that, depending upon the number, is at times robust or subdued, but always steeped in the jazz tradition."


— Don Phipps, All About Jazz

Recorded in 2017 towards the end of Sivtsov’s nine-year residence in New York City, Zoo comprises six original compositions, each postulating an individualistic sound world, experimental yet grounded, sardonic yet tender. Showcasing the leader’s fluent pianism, the recording displays Sivtsov’s clear vision for this trio project - one that is informed by comprehensive immersion in vocabulary refracted from the European classical canon and the most consequential figures of 20th century jazz piano. The pianist is thrilled to be joined by bassist Dan Chmielinski and drummer Shawn Baltazor.
“I tried to make each composition different from the others,” says Sivtsov. “But I also tried to include something that others don’t play, make them different than what we usually hear from other musicians at this time.”
The title track - the album’s oldest composition - exemplifies this compositional approach and springboards off an Ornette Coleman-meets-Thelonious Monk refrain, spurring a linear piano solo that may remind aficionados of Monk crossed with Paul Bley. The conceptual influence is Ornette Coleman’s 1960 avant-garde signpost Free Jazz. The album progresses with “Happy Hippo” - a tune with an opening section evocative of a cross between Fats Waller and Dave Brubeck. Sivtsov describes it as a “rhythmically simple pattern that progresses to different keys and has some leaps to unexpected notes.” For the anthemic “Post-Wild,” Sivtsov thought of “a medium swing where the bass player would never switch to the walking line but would play ‘in 2’ for the whole time — a feel you can find on many of John Coltrane’s early 1960s records.”
The impressionistic “New Anthill,” evokes flavors of Schumann and Profkofiev in the opening section, while Sivtsov’s own blues-tinged solo meshes, completely in his own argot, the worlds of Herbie Hancock and Bill Evans. On “Dragonfliesis”, Sivtsov displays his command of bebop, uncorking long, flowing lines on a melody that references elements from the world of Thelonious Monk.
The album ends with “The Death of the Last Dinosaur,” which opens as a ballad containing surprising intervals in the melody; as Sivtsov proceeds with a melodic solo, the time feel gradually transitions to double-time medium swing propelled by Chmielinski’s supple walking bass line, which morphs into a solo deploying parallel fourths or fifths in the manner of Coltrane’s bassist Jimmy Garrison. On each of the album’s tunes, it’s evident that both Chmielinski and Baltazor have risen to every challenge set by the bandleader, fulfilling Sivtsov’s intentions to perfection.
In 2009, Sivtsov - feeling both the need for a challenge and the desire for opportunity - relocated to New York City. During the ensuing decade, Sivtsov taught privately, wrote charts on commission, led gigs and performed the sideman function at various New York venues, and took a position directing the choir at the St. Nicholas Russian Orthodox Cathedral in Manhattan. “I learned a lot from the musicians in New York,” he says. “It’s their professionalism, approach and attitude to playing jazz — preparing for gigs, organizing gigs, making rehearsals. Russian musicians think in a totally different way. For them, jazz music is something unusual, unfamiliar, not natural. For most New York musicians, jazz means playing known music, while for many Russian jazz musicians their professional level is determined by the unpopularity of the tunes they play. In Russia, many musicians specialize in a particular jazz style; in New York, you must be able to play everything.”
That New York attitude is apparent throughout Zoo, which Sivtsov initially planned to self-release in the U.S. But after the U.S. immigration services refused to extend his working visa, he returned to Moscow. “I realized I’m staying in Russia for a while,” he says. He decided to ask drummer Sasha Mashin, an old friend, to bring the album to Rainy Days, which jumped at the opportunity to issue this remarkable album.
“Now in Moscow, I have more gigs than I had in New York,” Sivtsov says. “After ten years of not living here, I can see that everything in the Moscow jazz community has changed in a good way. We have more and more venues, more great musicians — now I don’t have this feeling of touching the ceiling with my head.”


More about Evgeny Sivtsov
Born in 1987, Sivtsov began performing at 13, first with the jazz ensemble of the Dunaevsky Music School, and then on paid gigs. By 15, he was functioning as a leader and as a sideman at various Moscow jazz clubs and private functions. His primary mentor was the prominent Russian pianist Evgeny Grechishchev, who “taught us some basics and formed in us a good taste.” Meanwhile, Sivtsov enrolled at Moscow’s prestigious Gnessin Academy of Music, where he studied with Moscow’s leading jazz piano professor, Igor Bril. As a student, Sivtsov played in the Victor Livshits JVL Big Band, whose repertoire included charts by the formidable arranger Vitaly Dolgov, and formed the Double Drums Band (featuring five horns, piano, bass, and two drum sets) as an entity for his compositional proclivities. He also studied at Prince Claus Conservatory in Groningen, the Netherlands.

Sivtsov has collaborated with leading Russian jazz musicians like Anatoly Kroll, Georgy Garanian, Herman Lukyanov, Sasha Mashin, Igor Butman, Larissa Dolina, and others. He’s also had the pleasure of working with Rosario Giuliani, Dan Barnett, Lew Soloff, and Bobby Watson during their Russian or Ukrainian tours. While living in New York, he played with many prominent musicians including Tom Tallish, Quincy Davis, Ned Goold, Alex Sipiagin, and Boris Kozlov. He has performed at many prestigious festivals, such as Lionel Hampton Jazz Festival, Idaho, and Jazz Jamboree Festival, Warsaw, Poland. To add to his prestige, Sivtsov was the 2006 winner of Moscow’s IV Piano In Jazz competition and the 3rd prize winner of Amsterdam’s YPF Jazz Piano competition in 2009. In 2008, with his DoubleDrumsBand, a nonet with 2 drum sets and 5 horns, he performed a concert series of his original music which was highly acclaimed by Russian jazz critics and the jazz community. The selections from this program were recorded and aired across the US by the Voice Of Russia radio station.